A special return to ORIANA

As the month of June dawns it brings with the largest event in Southampton this year the P&O Grand Event which will see all seven ships together for the first time in their home port.
Being the flagship of the fleet as we mentioned previously, ORIANA will be honoured by a visit by HRH Princess Anne "Master" of the Corporation of Trinity house before she is reviewed with the rest of the fleet by the Princess as they pass Portsmouth
The Grand Event will be for ORIANA something as she is will be reunited with her first Master former Commodore Ian Gibb (recently named MBE for services to Maritime charities) will be on board as an 'Elder Brother' of Trinity House, where he will be attending a celebration gathering in The Crow's Nest with Princess Anne and others to celebrate P&O's heritage and this milestone it's history 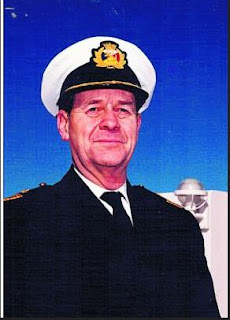 Talking to us earlier today he said that " It will be a pleasure to be back on board ORIANA and I will be eager to see how she looks after her recent refit."
Following his departure from ORIANA the former Commodore will join Her Royal Highness on board the Trinity House Vessel PATRICIA as the fleet is reviewed before they head off on their various courses.
Reminding us of his affiinity with ORIANA he said "She remains the perfect flagship of the P&O fleet and the most authentic of the fleet being both modern and bringing forward the style and ambiance of CANBERRA" 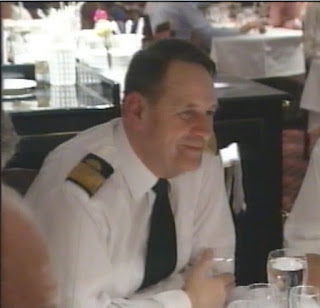 Commodore Gibb during ORIANA's maiden voyage at his table in the Oriental Restaurant.
After leaving the fleet depart for their various destination ORIANA will set courses to Amsterdam below is a P&O map showing the fleet's movements and approximate times after departure. 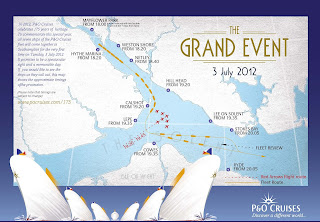 While  we continue work on bringing our new Cruise Experience we present below a selection of photos of ORIANA in the naturally beautiful Geirangerfjord taken on the 12th June.
Despite  its small size boasts some truly awe inspiring sights which is guaranteed to leave an impression on all cruise passengers who sail through it. 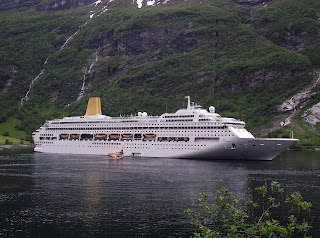 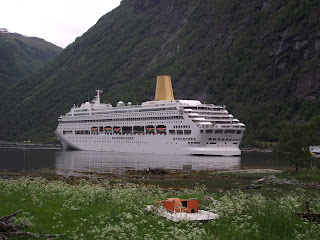 A interesting comparison, ORIANA and a pedalo. 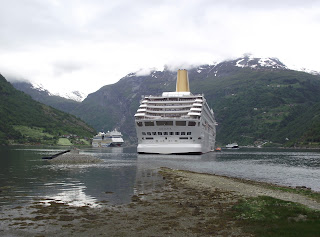 Meyer Werft's masterpiece joined by one of their newest builds AIDAMAR. 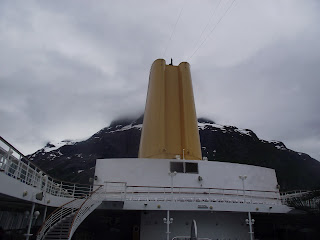 At the top of her 55 metre air draught ORIANA's funnel contrasts with the nature of the fjords. 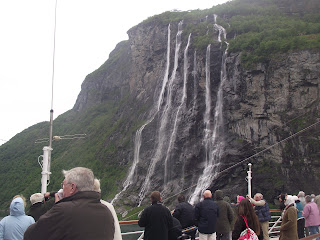 One of the most famous features of the fjord the Seven sisters waterfall draws spectators to ORIANA's forward decks. 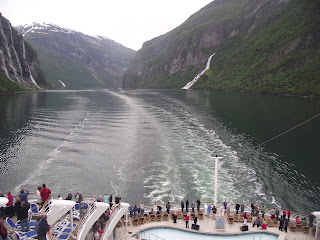 While yesterday marked the end of the authors cruise on board ORIANA we will over the course of the next weeks be writing up and sharing our experiences of ORIANA as she cruised effortlessly around the coast and Fjords of Norway as we shall attempt to convey some of the experiences that were on offer to give a small "taste" of whats to come we include below some of the many images taken during this remarkable cruise. 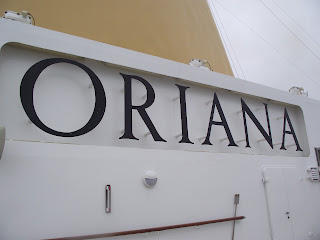 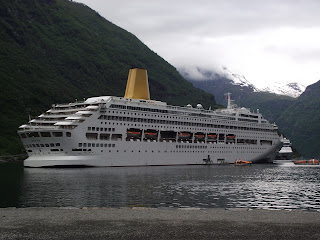 ORIANA at anchor in Geirangerfjord 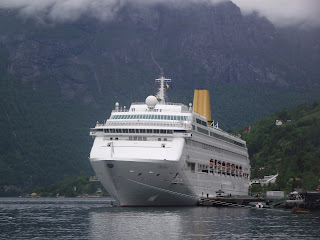 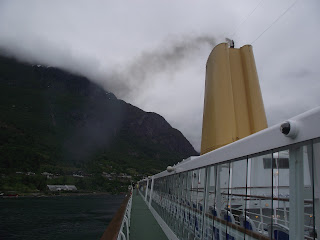 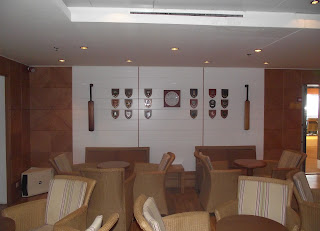 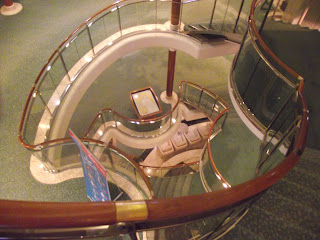 Enviar a mensagem por emailDê a sua opinião!Partilhar no TwitterPartilhar no FacebookPartilhar no Pinterest
Etiquetas: 2012 Cruise, Cruising in ORIANA, ORIANA in Norway

From this Saturday (9th June) the authors of the blog will be undertaking  7 night cruise on board the magnificent ORIANA as she takes a week cruising around some of the famous fjords of Western Norway. 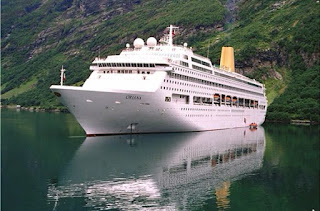 During the cruise ORIANA will call at some of Norway's most famous ports of call such as the City of Bergen Norway's second largest city and former capital which is famed for the buildings of old  Bryggen area of the city.
Other ports of call include Geiranger a Unesco world heritage site and home to the picturesque village of the same name.

More info can be found on the cruise on P&O's website : http://www.pocruises.com/Cruises/2012-13-cruises/Southampton-Cruises1/Norway--Fjords-X207/?mode=overview

Enviar a mensagem por emailDê a sua opinião!Partilhar no TwitterPartilhar no FacebookPartilhar no Pinterest
Etiquetas: 2012 Cruise, Cruising in ORIANA, ORIANA in the Norwegian Fjords

ORIANA again in the Garden Island

In her current Canary Islands cruise, ORIANA called in Funchal, Madeira today, a place that knows really well this illustrious visitor, so well that like inumerous times in the past she presented herself dressed overall for the occasion.
After her departure, by mid afternoon ORIANA sailed for Las Palmas, Canary Islands, still with Lisbon's harbour to call before the end of this itinerary in Southampton.
Photographic Achievement: João Abreu.
Publicada por João Abreu à(s) 20:31 0 comentários

ORIANA in the Azores archipelago

In the course of her new Atlantic isles cruises, ORIANA visited in the past days the Azores archipelago. Coming from her home port she first called in the capital, Ponta Delgada island of São Miguel, where she's already a regular sight. 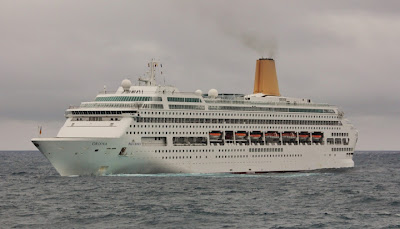 On the following day she was welcomed in Horta, Faial island, located more to the northwest of the archipelago. It's marina is very well knowned for yachts and other craft taking advantage of the priviliged position of the island in the North Atlantic for refueling and rest.
Due to her large size, ORIANA had to anchor in Horta and proceed the disembark of passengers by tender, but not even this prevented them of having a nice call surrounded by the handsome green landscapes that the Azores have to offer.
She set sail late in the afternoon inbound Madeira. 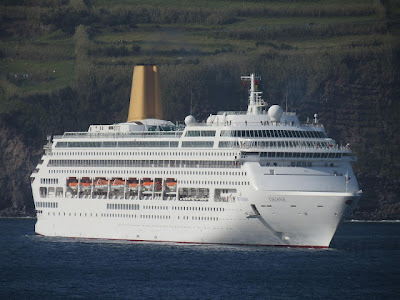