As ORIANA heads out of Southampton on route once more to the Atlantic Islands many on board may be wanting to avoid a certain sporting event currently underway but serveing the British Market it is beyond doubt that ORIANA and her fleetmates are  full of the sounds and atomsphere of football as eager  fans on board watch the 'emotion' and drama of Euro 2016. 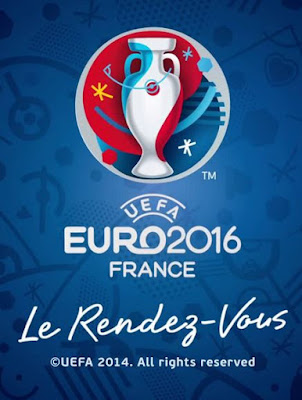 For ORIANA the perfect venue for football fans to enjoy the tension filled games is Lord's Tavern the ship's very own sports themed bar and consided by many to be the most authentic British bar at sea.
With large screens around the room  fans can see all the action as it happens and if the tension is too much being located on the promenade deck. 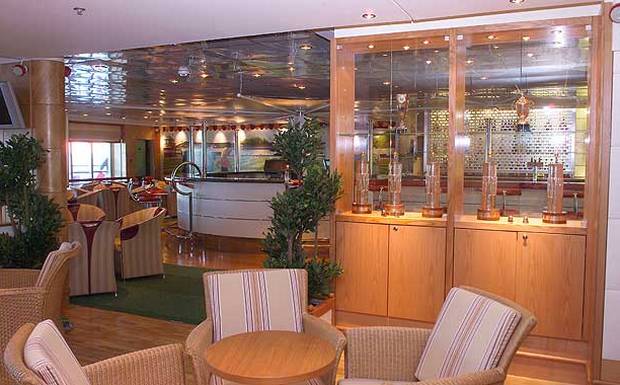 The Lords Tavern
Alongside the action on screen it is something of a P&O tradition of making a event of the Home Nation match days by laying on snack food for those in attendence, also having a football themed 'drink of the day' and if the match falls on a port day adding a football vibe to sailaway party.
However for passengers who might want to watch in a less lively manner the on board in cabin television service features Sport24 a channel specially created for the cruise and airline industries which is currently screening the each match.
For passengers whom inevitably wish to avoid anything football related ORIANA's arrangement of public rooms ensure that it is just as easy to avoid any football related actvities being hosted on board.
Arriving in Funchal on Tuesday ORIANA's passengers while venturing ashore alongside the city's many attractions and vantage points  will also be able to absorb themselves in the spirit of the game with the games being shown in many bars and specially eracted screens.
Publicada por Steve Martin à(s) 22:26 0 comentários

ORIANA again with the HARMONY 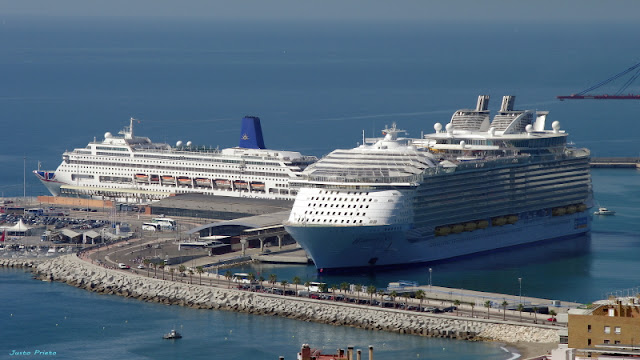 After their recent meeting in Southampton on 29 May, ORIANA and HARMONY OF THE SEAS have met again a few days ago, and this time the setting for another great contrast, in every level, was the port of Malaga on 3 June. 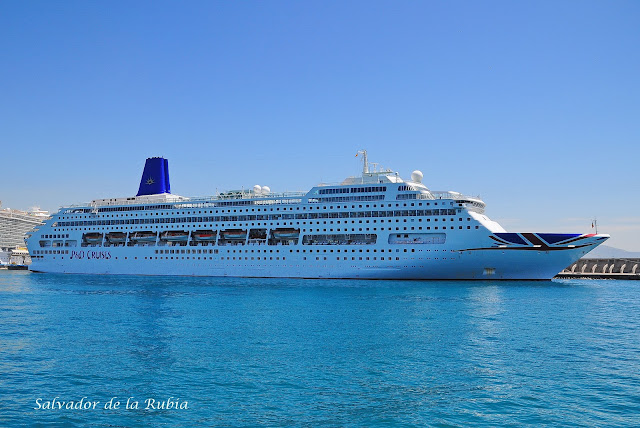 Then both ships went their different ways, as ORIANA left north bound to Oporto continuing her 12 day Iberia cruise, and the World's largest cruise ship headed east on her repositioning voyage to the Med, bound to Barcelona, her new European home for the upcoming months. 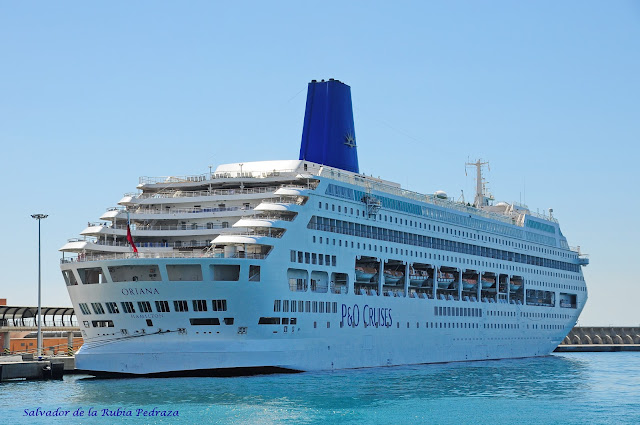 An early morning arrival for ORIANA 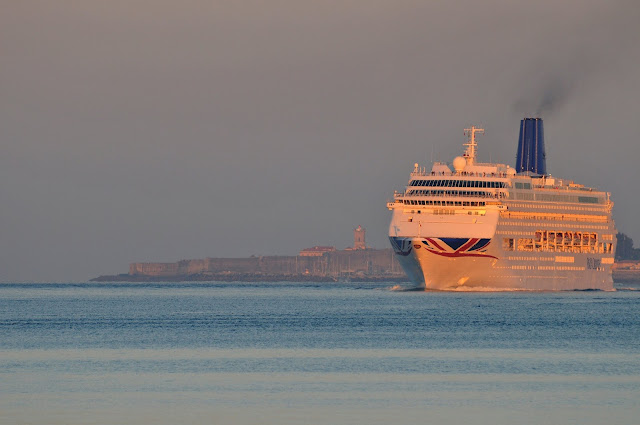 ORIANA seen underway in the river Tagus early in the morning of 1 June 2016, having just arrived from her homeport of Southampton and bound for yet another call in Lisbon, as depicted in these stunning photographs by Luís M. Correia, with the ship reflecting the first rays of the sun.
ORIANA is at the moment undertaking a 12-day Iberia cruise, having departed later that day to Cadiz, after the withdrawn of the Portimão call, in Algarve (south Portugal). She is also scheduled to visit the ports of Malaga, Tanger, Oporto and Bilbao before returning to the UK. 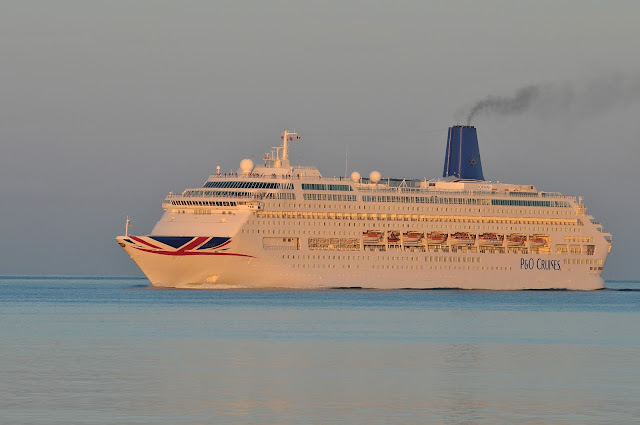