It is a meeting that happens more often in Southampton, but on this 15th February it occured in the port of Funchal instead, where P&O cruise ships call in a regular basis, happening so for the second time, as both ORIANA and OCEANA have already met here 4 years ago, on 30th July 2014, but still with the old company livery at time.
Having arrived precisely from their home port early morning, almost at the same time, both remained in port until the afternoon, with ORIANA leaving first and thus starting a true horn festival in Funchal, as either one seemed very determined in having the last "word"!
Afterwards, ORIANA continued with her Canary Isles cruise bound to La Palma, while OCEANA departed approximately 1 hour later, westbound to St. Kitts, on her current Caribbean Transatlantic itinerary.
It is possible to check in the video above who won this great horn fight, and we also share bellow another video, this one recalling the first time that ORIANA met with OCEANA in Funchal.
We also wish to extend our appreciation to Francisco Correia and José António Silva, for their precious contribution to our most recent video.

First port of call after the 2018 refit 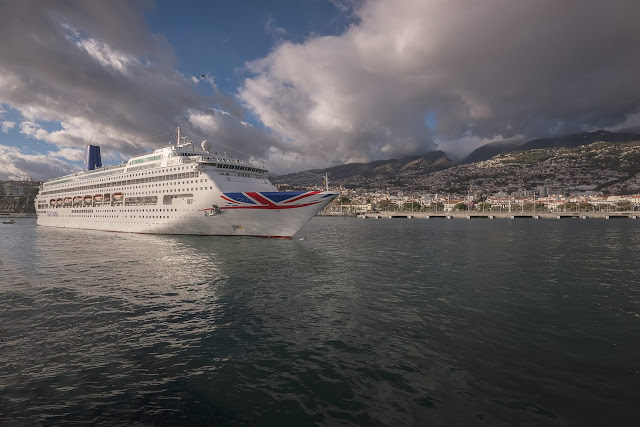 ORIANA seen departing after yet another call in the port of Funchal, Madeira bound to La Palma, in the afternoon of 3rd February 2018, very fresh from the recent refit at the Blohm & Voss shipyard in Hamburg.
As published last week in our blog, ORIANA finished a 22-day period in dry dock on 29th January, and departed homeward bound to Southampton, to embark for this 12-night itinerary around the Canary Isles, being Funchal the first port of call.
After the present cruise, ORIANA will once again head south to this Atlantic region for a similar itinerary, of the same duration, and this time she is expected to meet in Funchal with fleetmate OCEANA, on the 15th February. 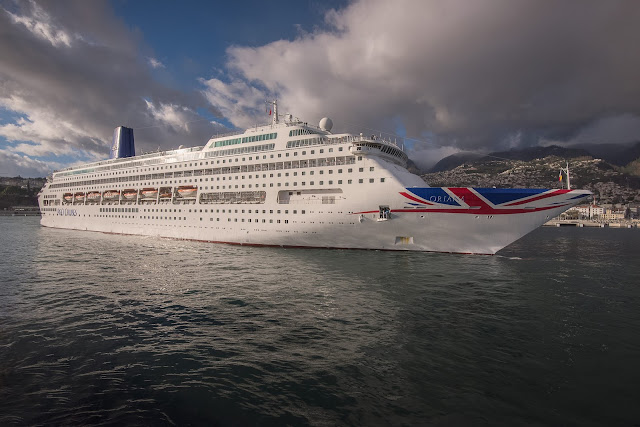