Another day, Another meeting

Today ORIANA once again had the company of her fleet mate OCEANA this time decorating the port of Santa Cruz de La Palma.
ORIANA arriving first despite the fact she departed Funchal yesterday later than OCEANA.
As OCEANA the proud flagship was already docked and was gleaming in the morning sun and was visible via OCEANA's webcam as can be seen in the webcam images below 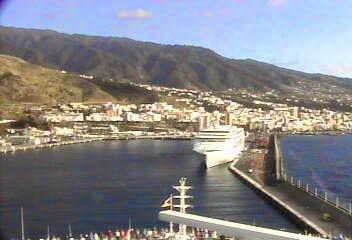 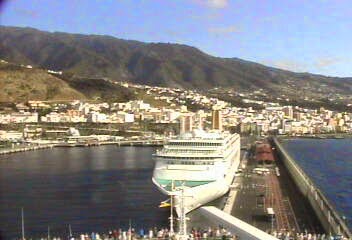 Tomorrow the ships will again meet as their cruises take them both to Las Palmas Gran Canaria.
Publicada por Steve Martin à(s) 22:12 0 comentários

A meeting for ORIANA in Madeira

Today finds ORIANA once again docked in the Atlantic Garden which is Madeira where she is joined by fleet mate OCEANA both on Atlantic Isle cruises arriving. 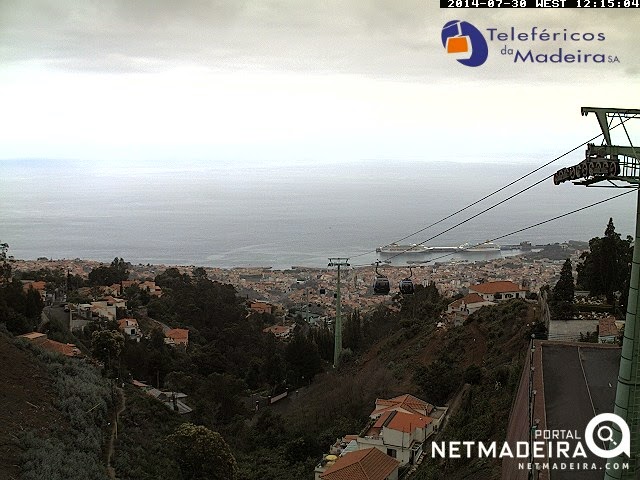 Arriving at 7:30am ORIANA is due to depart a 4:30pm with OCEANA departing half an hour later at 5pm. 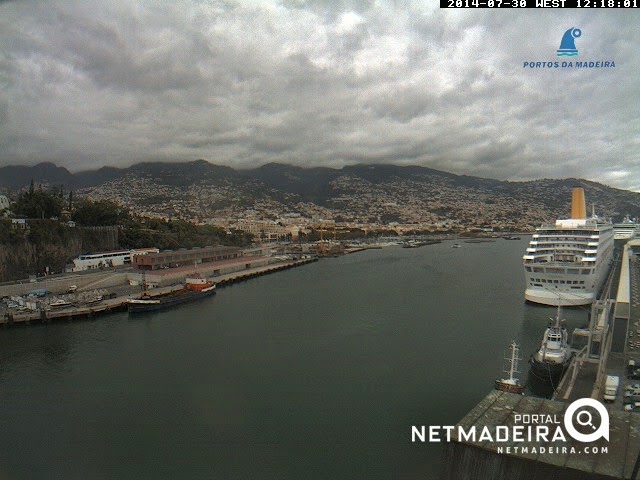 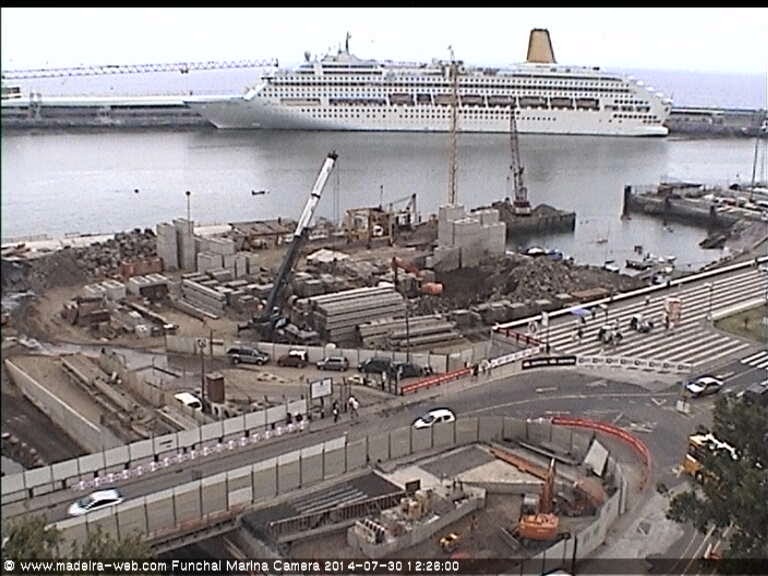 Launched in 2000 as OCEAN PRINCESS for Princess Cruises where served until 2002 she is the 4th and last ship of the Sun Class ships.
Transferred to P&O in 2002 with class mate SEA PRINCESS  as ADONIA both were named by HRH Princess Anne, The Princess Royal and her daughter Zara Philips at a world first of a double naming.
Larger than ORIANA  at 77,499 tons OCEANA lacks ORIANA's finess of lines her profile gives a overall less elegant and distinctive look than her fleet mate. 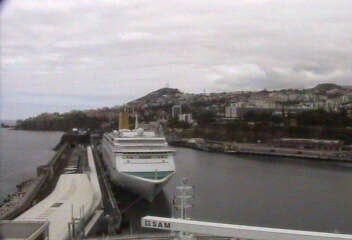 This is the first meeting of P&O's ships in Funchal since 31st December 2010 when ORIANA joined ARTEMIS, now ARTANIA, for Madeira's famed New Year fireworks display. 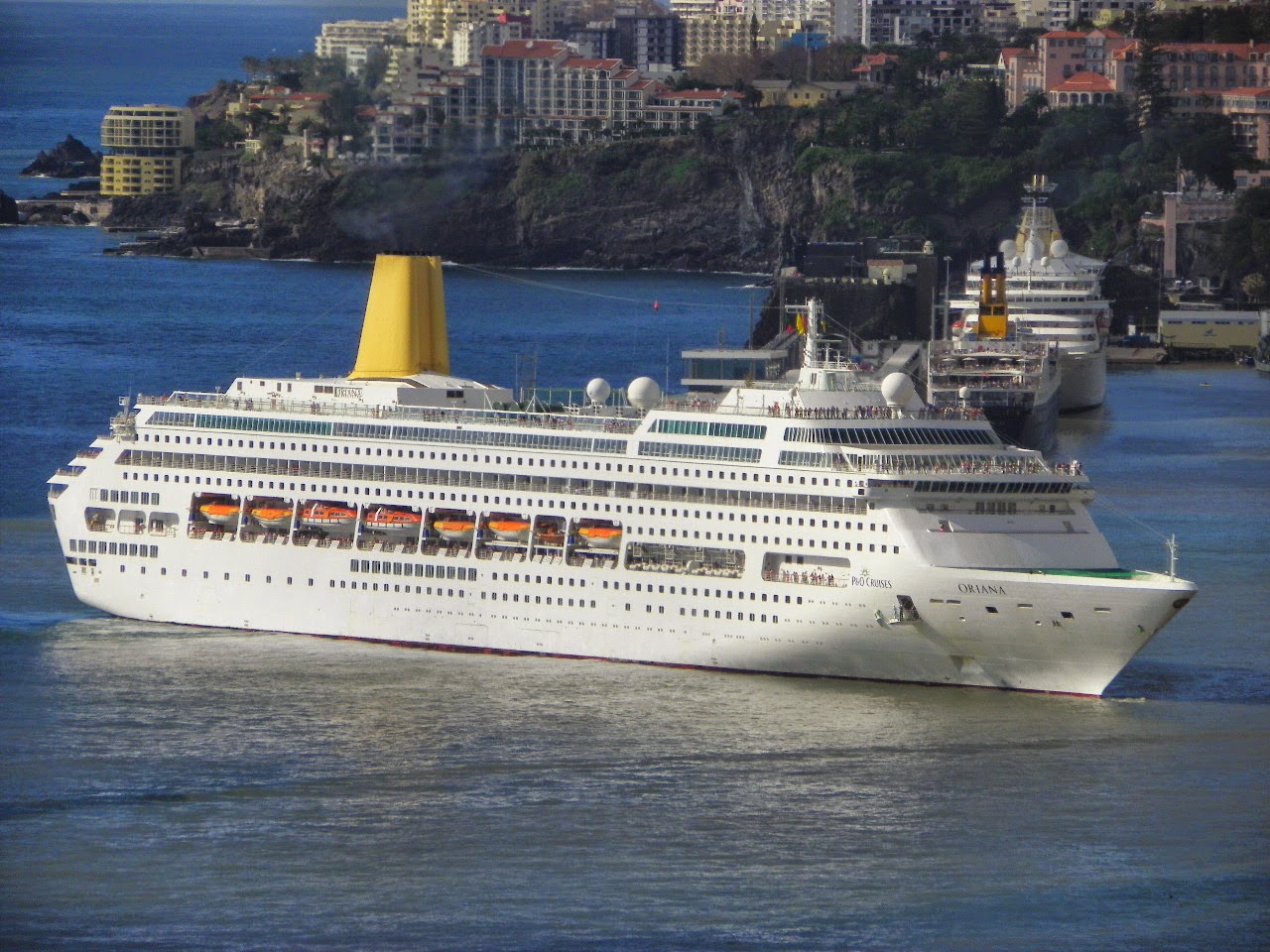 ORIANA will be joined by OCEANA again tomorrow when both dock in La Palma together.

ORIANA always makes a stunning sight when arriving or departing in a port even when the weather is not up to the occasion below is a example filmed during P&O's Grand Event where a rowing boat's crew get a close look at P&O's proud flagship which along with her fleetmates made sure it would be a day to remember.

Meanwhile due to a change in the order of her current Atlantic Island itinerary ORIANA will return to her one of favourite ports Funchal Madeira earlier than planned on the 30th July where she will share the city with fleetmate OCEANA, making the first P&O meeting in the city since the 31st December 2010 when ORIANA met ARTEMIS for the New Year's celebrations.
Publicada por Steve Martin à(s) 19:36 0 comentários