One of the truly spectacular cruises undertaken in europe during the winter months is up the coast of Norway and deep into the Arctic Circle in search of one of nature's most amazing specticales the Northern Lights, an experience that those who have been lucky enough to do it never forget.
At present ORIANA is on the last leg of one such cruise which has seen sailing into many remarkable ports along the way such as Tromsø the second largest city in the Arctic Circle and Alta on of the North most settlements in the world and famed for it's Ice hotel. 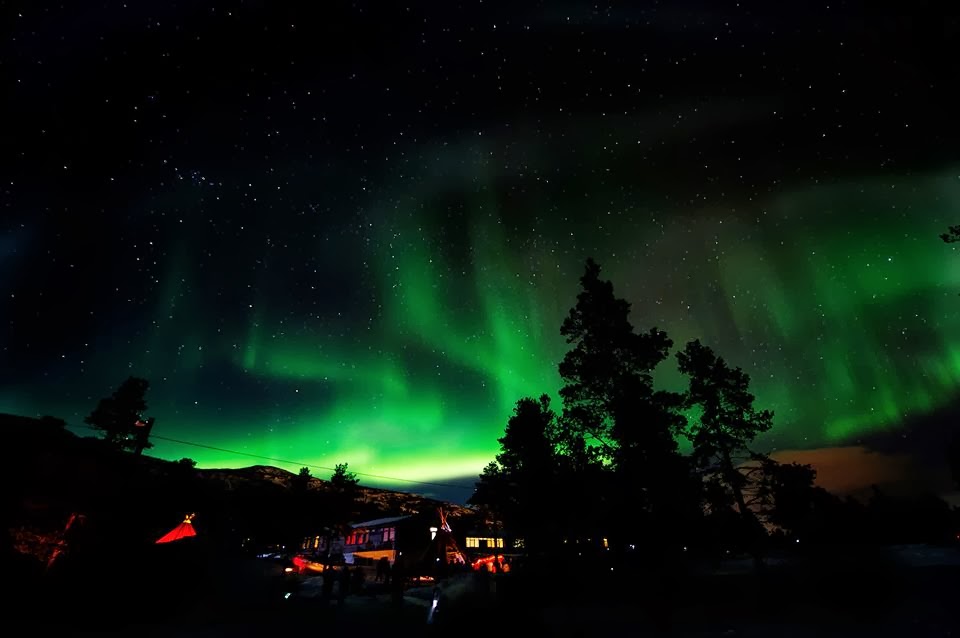 The often elusive Northern Lights make an appearance.
The cruise has been blogged online by cruise critic Danielle Fear known as CruiseMiss who has been on board for the cruise her blog can be found here.
ORIANA returns to Southampton on the13th March and will depart once more for the Northern latitudes in search of the Aurora Borealis.
Publicada por Steve Martin à(s) 20:24 0 comentários

After her 3 day repair on her propeller shaft seal along side Southampton's Ocean Terminal ORIANA finally departed later than planned around 4:30 AM yesterday.
In order to make lost time ORIANA headed across the North Sea at over 26 knots peaking at 26.4 yesterday morning. 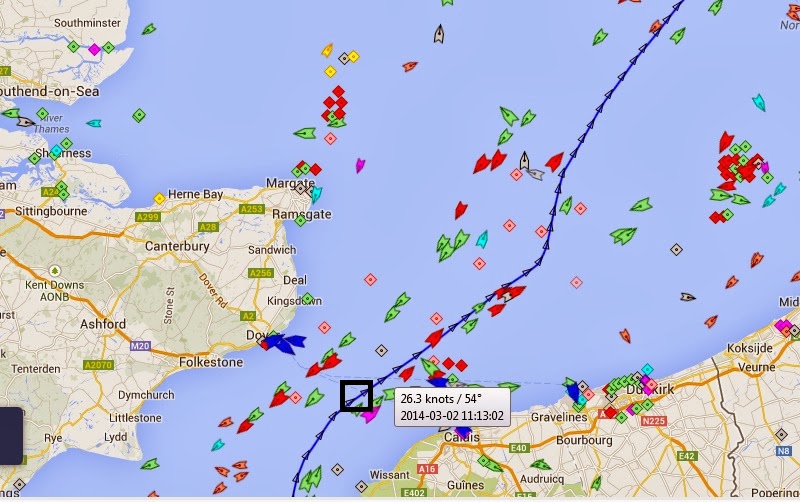 ORIANA's course and speed yesterday morning.
Considering the length of delay it is very impressive that she managed to arrive in Stavanger just under 4 hours behind schedule.
It stands as testament to the commitment of P&O and it's parent company to keep the proud flagship well maintained, it is also goes to show the versatility and ability of ORIANA her self to be able to atain higer than her offical top speed so soon after repairs were completed.
Although she has gone faster ,on occasion in excess of 30 knots due to the price of fuel and various other factors it has been very rare for ORIANA to exceed 22 to 23 knots.
With the need now for cruise lines to built bigger to create a mass market appeal the ships no longer require the higher speeds there are therefore very few other ships which are capable of reaching these higher speeds.