A new look on the horizon

Along with her distinctive elegant lines ORIANA is as famous for for featureing the white hull and buff funnel, that is soon change when the P&O brand is given a overhaul and the traditional livery is dropped in favour of a new patriotic featuring a the Union Jack painted upon the ship's bows and the funnel repainted blue with the company's famed rising sun logo.
AURORA will be the first ship to feature the new look when she goes for refit later this year, next will be the P&O's new ship BRITANNIA launching next year.
ORIANA and the rest of the fleet are to follow suit shortly afterwards.
Needless to say reaction the planned changes have been mixed at best with the image of P&O standing for time honoured traditions.
Below is artist's impression of how ORIANA, AURORA  and ARCADIA might look from cruise critic and blogger John Honeywell 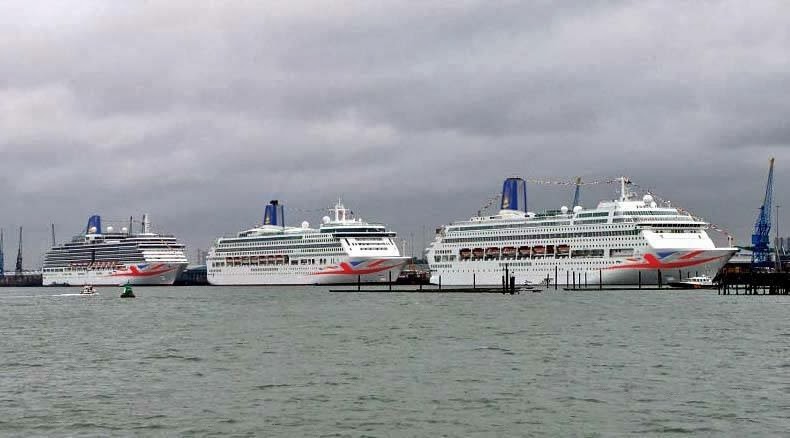 Time of course will tell if this brave decision to rebrand will be a success or not.
Publicada por Steve Martin à(s) 22:01 0 comentários