First time in the Canaries and Madeira in 2017 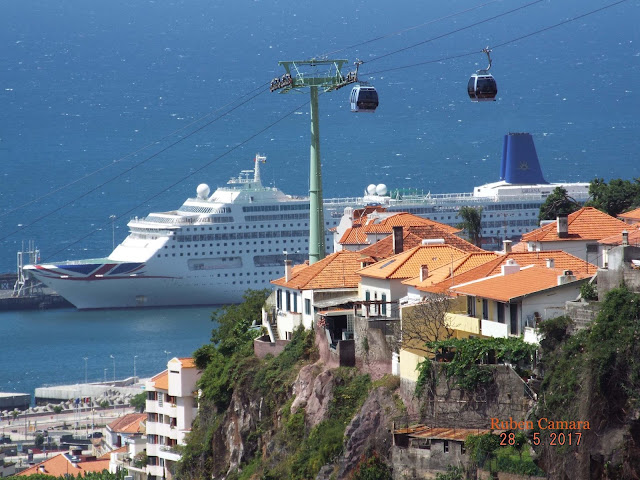 For the first time this year ORIANA made recently her return to the Atlantic archipelagos of the Canaries and Madeira, thus making her first 2017 call in the port of Funchal on 28th May, a consequence of the company's decision to call only in the Azores during the Caribbean Transatlantic cruises, both on the westbound and eastbound crossings. 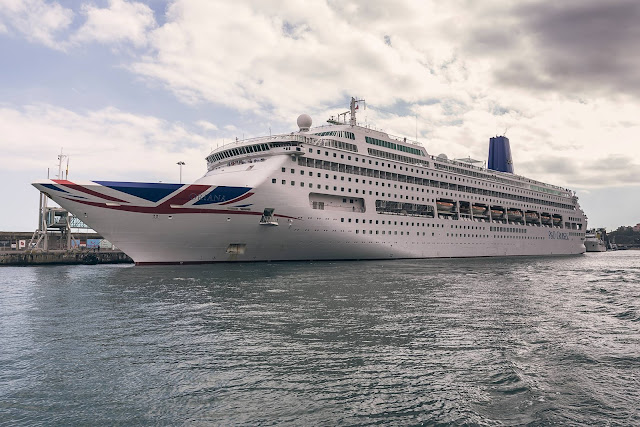 Currently on a 15-night Azores, Canary Isles & Portugal cruise, she departed from her homeport on 21st May, then calling in Ponta Delgada and Praia da Vitória (Azores), Funchal (Madeira), La Gomera, Las Palmas* and Puerto del Rosário (Canaries), Lisbon and Vigo before the landfall of the voyage in Southampton on the 5th June. 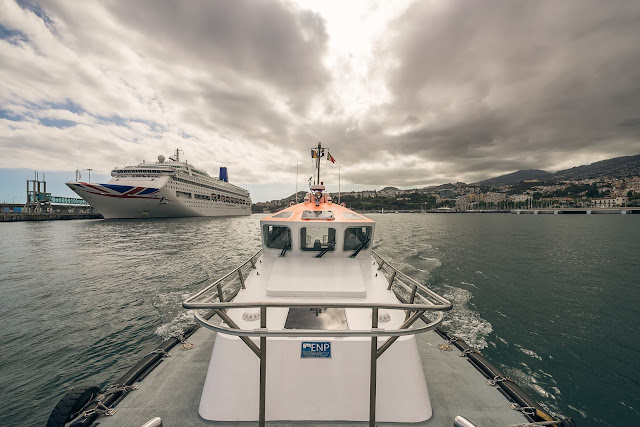 We would like to thank the ship photographers Ruben Câmara (first two images) and Francisco Correia (last three images) from Funchal, for sending these images depicting ORIANA during her most recent call in Madeira's capital. 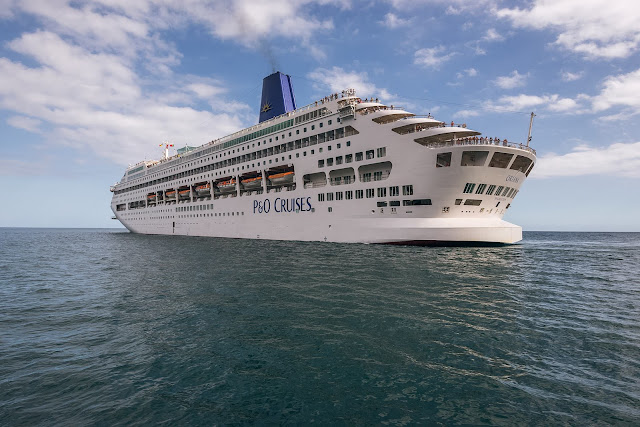 *Where she called today, at the time when this post was published.
Publicada por João Abreu à(s) 18:22 0 comentários

In March 1997 ORIANA the proud flagship of the P&O fleet followed in the wake of many of her proud forebearers as she preformed a duty that in the eyes many represented the true demise of the British Empire.
Arriving in Hong Kong during her World Cruise, as many P&O ships had on both World Voyages and in earlier times liner service, ORIANA was to spend the day with her great Cunard rival QUEEN ELIZABETH 2 and while docked received on  board 53 new passengers and their families who unlike the other passengers on board would not be paying for the privilege of sailing on Britain's most luxurious ship.
So who were these passengers and why were they special?
In short they were not in anyway special or noteworthy, they were in fact British Civil Servents whose work had supported the United Kingdom's Government and it's administration of Hong Kong, the last large overseas territory, and for many the last symbol of the faded might of the British Empire.
Within 4 months even that would be gone as it had been agreed in 1984 that Hong Kong would be handed back to China on the 1st July 1997.
Ahead of this date many of the officals and support staff of the Government whose services were no longer required would be exercising the right bestowed by their position working in an oversea territory for free sea passage back to Britain for them and their family, all paid for by the taxpayers of territory they were residing in.
The only conditions attached to the deal was that the person would need to have been working over seas for at least 15 years or be over 50 years of age.
In days gone by that would have meant months of travel in less than luxuirous condition but in 1997 it meant passage by cruise liner on a leg of it's world cruise with all the benefits that such a voyage brings with it.
As the sun was setting and to the sound of the Band of the Hong Kong Police force and Bagpipes play ORIANA slowly proceeded astern from her berth on the dockside there was tears as friends of those who had boarded waved many themselves would be heading home theirselves on board the QE2 two days later.
A true end of an era the departure attracted some press attention as show below. Today we look at item from ORIANA's Maiden season which reflects perhaps the most major change she has undergone during her career so far and also serves as link for ORIANA to the P&O liners of old.
From her debut in April 1995 until November 2011 ORIANA cruised as a family friendly ship with a full suite of facilties for children of all ages from a night nursery for the youngest to a teens club.
Below we have plaque awarded to on board ORIANA during her Maiden Season for a Fancy Dress competition held amongst her younger passengers.
While it is no longer a staple of ship board entertainment fancy dress balls and competitions were once a popular past time on board P&O ships not only among the younger passengers in the days before the multifunction entertainment venues and full performance theatres.

May 1995 brought ORIANA another first in her early career; a meeting with perhaps P&O's greatest rival on the seas, the famous Cunarder QUEEN ELIZABETH 2.
Having taken over the role of Flagship of the Merchent Fleet from the ageing QE2 it would make for a fitting meeting to pass the baton from the old to the new as it were.
The two ships identical in tonnage although different in every other way represented two contrasting eras of sea travel, QE2 a mixed Transatlantic liner/Cruise ship from the end of the great liner era and ORIANA a thoroughly modern dedicated cruise ship the first dedicated to the British cruise market.
With Commodore Gibb on the Port bridge wing, ORIANA enthusiastically sounded her horn in greeting to which QE2's deep horn replied.
While it was common for the veteran queen's to get the last blast in on this occasion Commodore Gibb blasted one final salute to ensure ORIANA truely made her presence felt.
This being the first meeting there was to be many more over the years both in Southampton and at many other ports around the world.
One such meeting occurred 13 years later during QE2's farewell year on the 3rd January 2008, both ships by this time ultimately owned by Carnival PLC, met in the port of Funchal on the fair Atlantic Isle of Madeira,  ORIANA by now herself considered somewhat classic withj the ever larger new builds entering service, still made quite the contrast to the old liner. 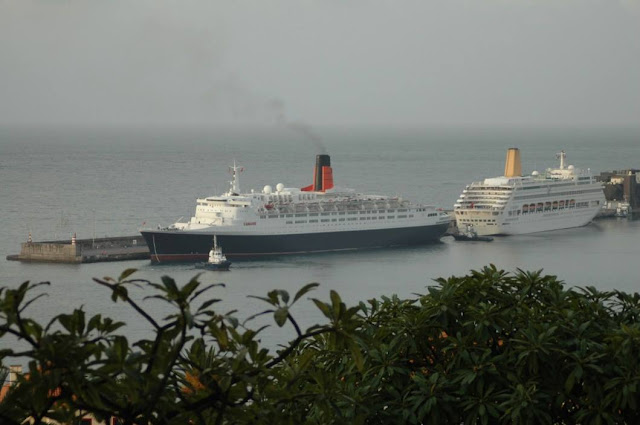