A brawl on board

It has been reported this week in the local press that during a 3 night cruise last weekend 5 passengers were removed from ORIANA in Zeebrugge after they began fighting on board.
According to the Hampshire based Daily Echo "reports from other guests on board the 69,000 ton vessel, a disturbance involving fighting and arguments among a family party broke out between late Saturday evening and the early hours of Sunday." 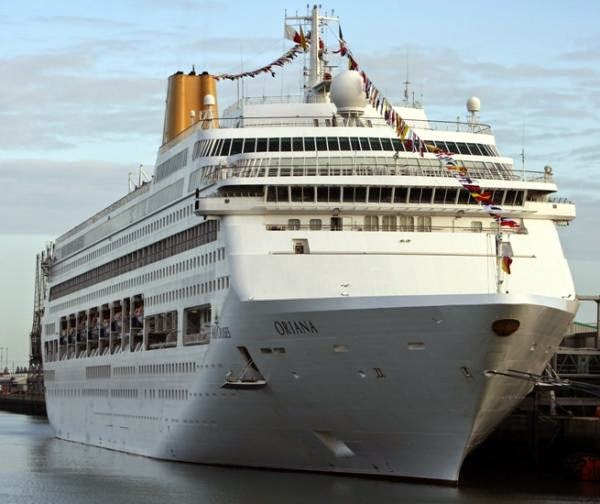 The group which are said to be from one family were interviewed by the local police were later refused permission to board the ship and had to make their own way back to the UK.
A P&O's spokesman later commented on the incident "We can confirm five passengers were asked to disembark ORIANA following an incident during the early hours of Sunday morning."
While it is never good to hear such news a cruise is of course meant to be an enjoyable event for all it is none the less good to see the crew took the stance to refuse their return to the ship.
Publicada por Steve Martin à(s) 20:06 0 comentários

Often while cruise ships are in refit they meet with other ships and ORIANA is no exception such as May 2004 while she was undergoing a fairly short refit at the Lloyd Werft shipyard she was in the company of some very famous names from the end of the Transatlantic liner days Cunard's QUEEN ELIZABETH 2 undergoing her own refit and NORWAY, having been towed from Miami the previous year the former FRANCE was performing her final role as accommodation for the crew of PRIDE OF AMERICA who was nearing completion elsewhere in the yard at the time.
In the image below ORIANA devoid of her lifeboats is seen being maneuvered by tugs at her stern while the venerable NORWAY awaits her fate in the background. 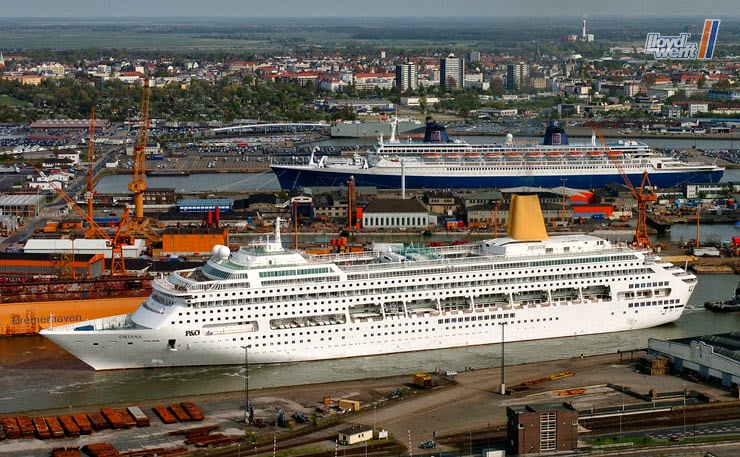 Just over 7 years later in 2011 while in Drydock in the Blohm & Voss undergoing her major refit and adult only conversion ORIANA met with QE2's successor on the Atlantic QUEEN MARY 2 .
Publicada por Steve Martin à(s) 20:51 0 comentários