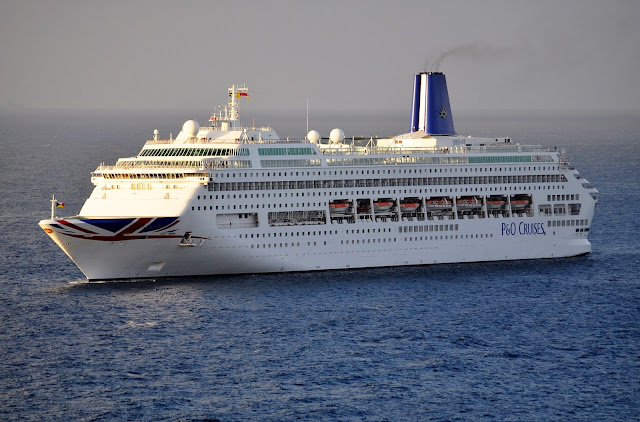 Photographs showing ORIANA's arrival in the port of Willemstad, island of Curacao in the Dutch Antilles on 22 January 2016, shining under a typical Caribbean Winter Sun. 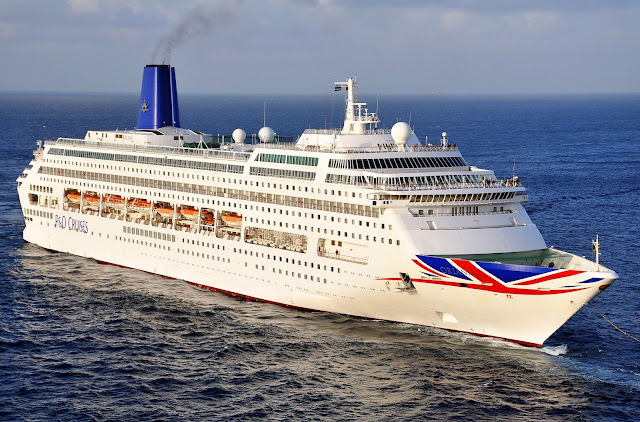 On her way to dock at the Mathey Wharf berth at Willemstad's centre, ORIANA passed by the JEWEL OF THE SEAS, docked at the Ernest Voges berth, another cruise ship built in Meyer Werft Papenburg for Royal Caribbean International in 2004. 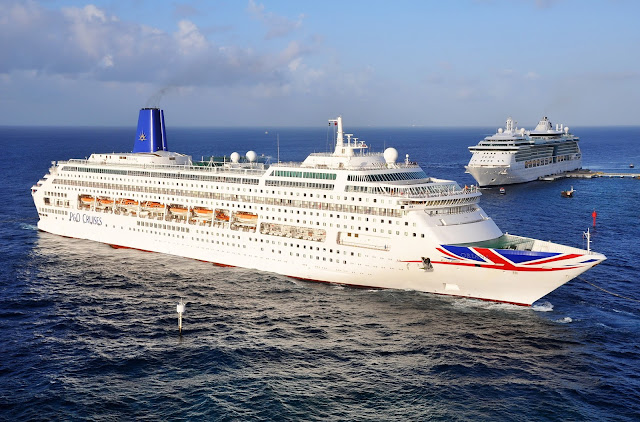 Having arrived from Port Castries in St. Lucia, the oldest unit of P&O Cruises current fleet continued with her 50 day voyage bound to Oranjestad, in the neighbor island of Aruba, Dutch Antilles. 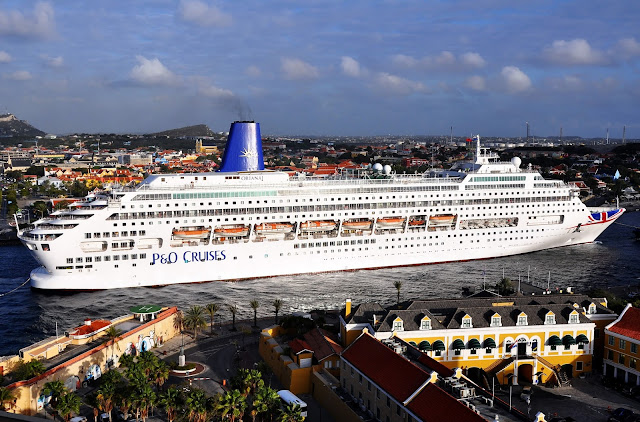 Enviar a mensagem por emailDê a sua opinião!Partilhar no TwitterPartilhar no FacebookPartilhar no Pinterest
Etiquetas: ORIANA in the Caribbean, ORIANA in Willemstad - Dutch Antilles

ORIANA and AZURA in Saint Lucia

Far from the terminals of their homeport Southampton under the blue Caribbean sky ORIANA met today with her fleet mate AZURA in Port Castries , St Lucia
As mentioned last week ORIANA is at present a 50 night cruise taking her around the Caribbean and USA before returning to Southampton via Funchal, Madeira.
In contrast to AZURA who repositioned late last year alongside BRITANNIA for the winter sailing out of Bridgetown, Barbados on fly cruises .
The map below shows ORIANA's and AZURA's positions in port today.

During the almost 6 years AZURA has been in service she has met with ORIANA on several different occasions both at their homeport and other ports of call,
Perhaps the first occasion was during AZURA's Maiden Voyage in 2010, ORIANA greeted her new fleet mate at sea while heading to Messina. 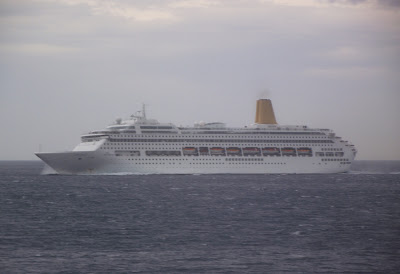 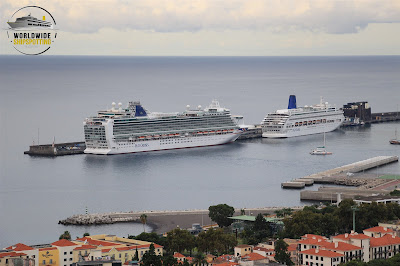 Following there departures from St Lucia  AZURA will head overnight to her next Island stop of  Dominica and ORIANA will spend a day at sea before arriving at Curacao in the Dutch Antilles on the 22nd of January.

Enviar a mensagem por emailDê a sua opinião!Partilhar no TwitterPartilhar no FacebookPartilhar no Pinterest
Etiquetas: ORIANA in the Caribbean, Others

Yesterday ORIANA made the first port of call of her first cruise of 2016 in Santa Cruz Tenerife on route to the Caribbean and the Americas on a tour of many of popular ports in the U.S and South America and Caribbean Islands including Bridgetown, Barbados P&O's home port while operating in the area during the winter months 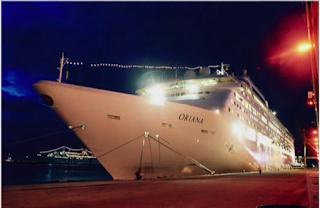 ORIANA docked in Barbados
During the cruise ORIANA will also briefly visit Bermuda where passengers will be able to go on tours to Hamilton, ORIANA's port of registry since December 2006. 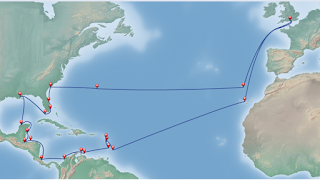 Map showing ORIANA's current cruise.
On her return across the Atlantic ORIANA will make her second call of the year in Funchal, Madeira before returning to Southampton. 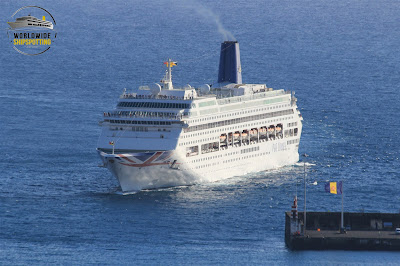 After spending the New Year in Tenerife, ORIANA made her first 2016 port of call in Funchal, Madeira having arrived in the afternoon on 1 January, joining the AIDA SOL, from P&O's sister brand AIDA Cruises, the only of 11 cruise liners that made an overnight from New Year's Eve.
ORIANA stayed for the night and the following day in port, then leaving bound to her homeport of Southampton, where she will prepare her upcoming Grand 50 day North America and Caribbean cruise. 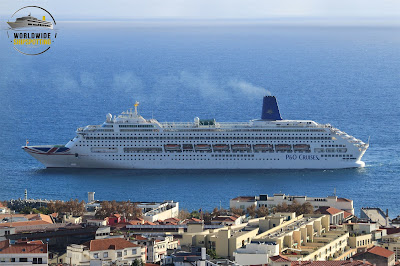 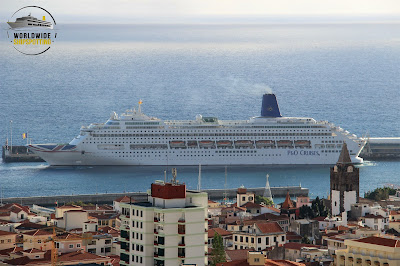 Still for 2016 the Commodore of the P&O fleet has five calls scheduled in Funchal, the second one happens precisely during her next voyage, on 21 February, as she returns home on a transatlantic crossing back to the UK. 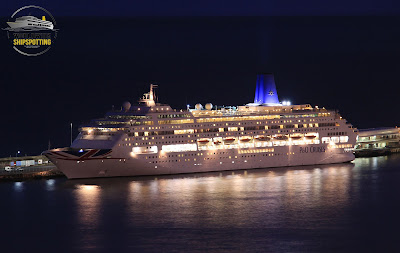 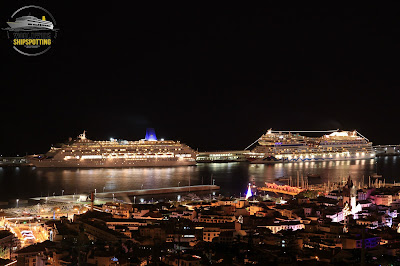