Earlier this year on the 21st of January during the first leg of her world cruise ORIANA was escorted through the Gulf of Aden while on route to Muscat,Oman by the Royal Naval auxiliary ship RFA WAVE KNIGHT who had been assigned to protect merchant shipping as a member of an international coalition combating piracy in the area North of Somalia.
Impressed by their charge and of the rendezvous as a whole WAVE KNIGHT's commanding officer Captain Chris Clarke said "what a wonderful opportunity it was to meet such a fabulous ship this morning. There is a real sense of self-belief on board in that we are making a demonstrable contribution to the safe passage of these, and other, vessels of the mercantile community. It is clear they are thankful for the work that the UK and others are putting into the maritime security effort.”
As the meeting ended WAVE KNIGHT signed of with a vocal salute from the ships horn.
Below is a selection of photos of the encounter. 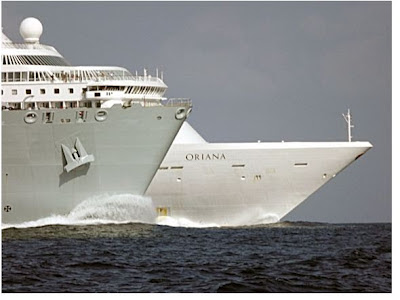 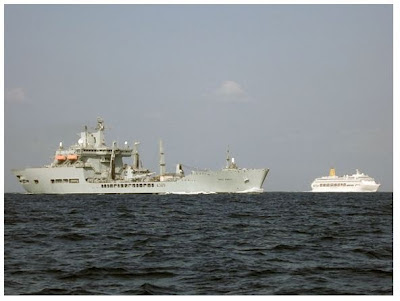 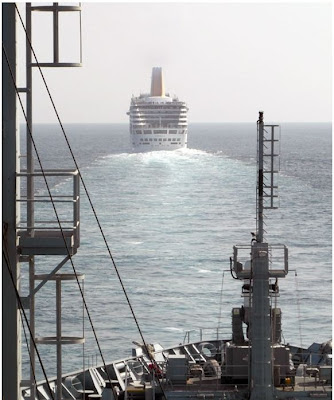